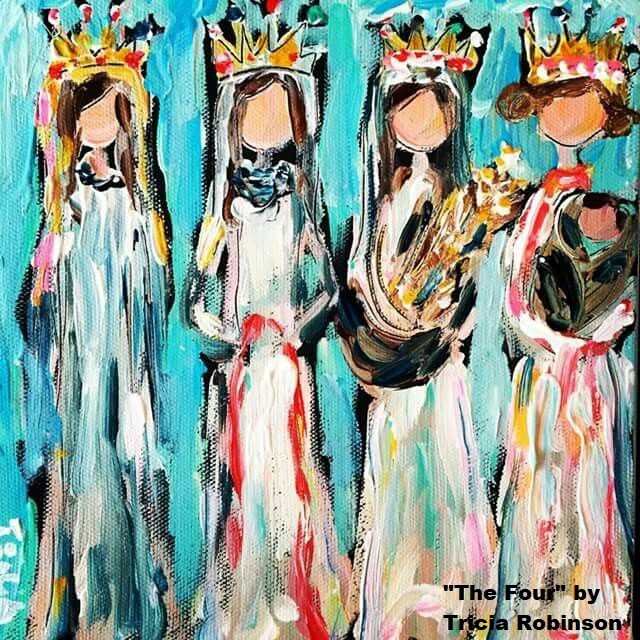 Lectionary Year A focuses on the Gospel of Matthew, written by a Jewish Christian with a Jewish audience in mind. So it’s really strong on men and male influence and women take a back seat, right? Nope. Throughout Matthew, women show faith and initiative, and it’s all set up at the very beginning.

Year A started back on Wednesday, November 28th, technically the first Day of Advent. On our first Sunday of Advent (December 1st), you’ll remember in the Gospel readings we heard a lot about John the Baptist, aka the scriptural Lima Bean, as his hair shirt, stinky locust breath, and constant name-calling makes him hard to stomach. On Advent’s third Sunday, Pastor told us about his dislike for Matthew, but assured us that grace exists for a reason and the words of judgement in this gospel don’t stand alone, which was reassuring. On the last Sunday of Advent, we heard the story of Joseph accepting Jesus as his son after an angel appeared to him and quelled his fears. Mary’s there, to be sure, but sort of as background. It’s Joseph who does all the acting: Joseph names the baby Jesus and protects him from Herod and, after leaving Egypt, relocates the family in Galilee which fulfills the prophecy that the Messiah would be a Nazarene.

But what we don’t hear read in Year A is Matthew’s genealogy of Jesus in Chapter 1, which perhaps we should do well to acknowledge. The Gospel of Matthew traces Jesus’ genealogy through Joseph. Very patriarchal. BUT – there four women mentioned in the genealogy: Tamar, Rahab, Ruth and Bathsheba (the wife of Uriah). It was unusual to mention women in a genealogy at the time, yet the author of the Matthew did it. Why? Perhaps to show that women are important to God, too. Plus, these four women aren’t even Jews! And to top it off, these women (all foreigners and not Jews, by the way) did some pretty sketchy things: Tamar tricked her father-in-law into conceiving a son with her; Rahab was a prostitute; Ruth played with Boaz’ “feet” to seduce him into marriage; and Bathsheba committed adultery. But without the extraordinary actions of these imperfect women, the lineage of Abraham to Jesus wouldn’t have been so perfect, in 3 sets of 14.  The extraordinary actions of these 4 women produced offspring that led to the ultra-extraordinary conception of Jesus, who God sent to save everyone: the marginalized (Tamar), the sinners (Rahab), the immigrants (Ruth), and the “others” (Bathsheba). Matthew’s genealogy shows us, then, that God did great things through these biblical bad girls, these women who are at once saints and sinners, teaching us that God will always do great things through every one of us, even when we mess up. God loves us anyway, despite and because.

So as we make our way together through Year A and the Gospel of Matthew, let 2020 (as in 20/20 vision) remind you to be on the lookout for ways the God wants to use you, your faith, and your initiative.